When God Has Other Plans

Posted by Svea Bes on June 16, 2014
First, a small note: everyone who is mentioned in this blog post is a fellow sponsor. Most of them I have first “met” on a website called OurCompassion, only to find them again on Facebook. I can’t express how thankful I am for “meeting” all of you.  Without all of you, I would have missed something important and something so beautiful; I would have missed Jenny.

The one question I get asked the most when I talk about child sponsorship is "How did you choose a child?"
It is a good question and every sponsor has heard it more than once. The answers vary. “It was her/his shy smile,” “Her/his eyes caught me,” “The look on her/his face, ” “I choose a child with the same birthday as me/a family member”, “I choose a child with a certain name/from a certain country”… but if we break it down, it always means the same. We chose a child we couldn’t forget about.
That was just the way I chose Citlali over two years ago. I had scanned through the photos on the Compassion Deutschland website and spotted Citlali. Her colorful dress and that small smile stood out to me, but I closed the site without sponsoring her. 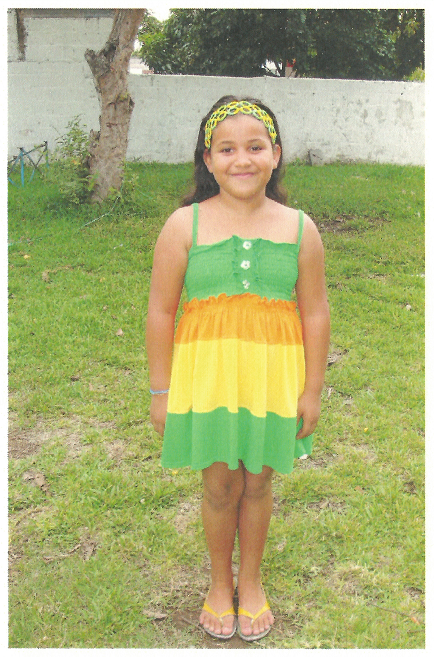 In the following days though, I couldn’t forget about her.  I checked the website a couple of times a day to see if she was still waiting for a sponsor, until three days later I hit the “sponsor me” button.


Over this time I have seen a lot more kids on the website but never stood another out to me like Citlali did. That was until Whit Weekend this year - the weekend I learned that God sometimes has other plans than us.
I spotted Sandra on a Amanda’s Facebook page.  Amanda was advocating for her. I fell in love with Sandra instantly. 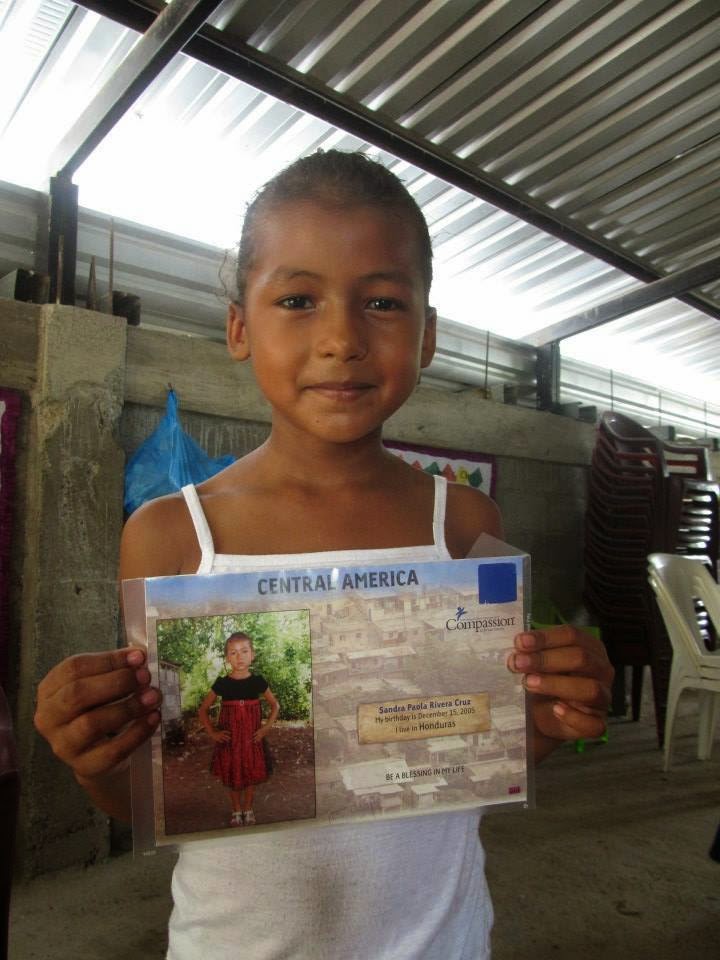 My first thought was, “She is my child”, so I showed her photo to my husband wondering if he was fine with sponsoring her. He grinned at me and said, “She’s so adorable; I can’t even consider saying no.” Smiling brightly I sat down to get in contact with Amanda about sponsoring Sandra. But I was “Too slow”. While I had shown Sandra’s photo to my husband, Linda had seen her photo too and commented right away that she would sponsor her but had to talk to her husband first. I put it all in God hands and wrote down that in case Linda’s husband wouldn’t agree on sponsoring Sandra, I and Chris would take her.
Well, God had other plans – Sandra wasn’t my child, she was Linda’s.
To say I wasn’t disappointed would be a lie. I was, at first, but I also knew that there was a reason why Linda got to sponsor her and not me, even though I didn’t know the exact reason yet.
What I didn’t expect was that only two days later God gave me the exact reason why Sandra wasn’t "mine".
Of course I told Teresa about Sandra and within minutes I had a reply with a photo of another girl who was in need of a sponsor as well. She had seen the photo on the Facebook pages of her friends Hilary and Kim. Jenny was cute, there was no question about that, but her photo didn’t trigger the same emotions Sandra’s had done. 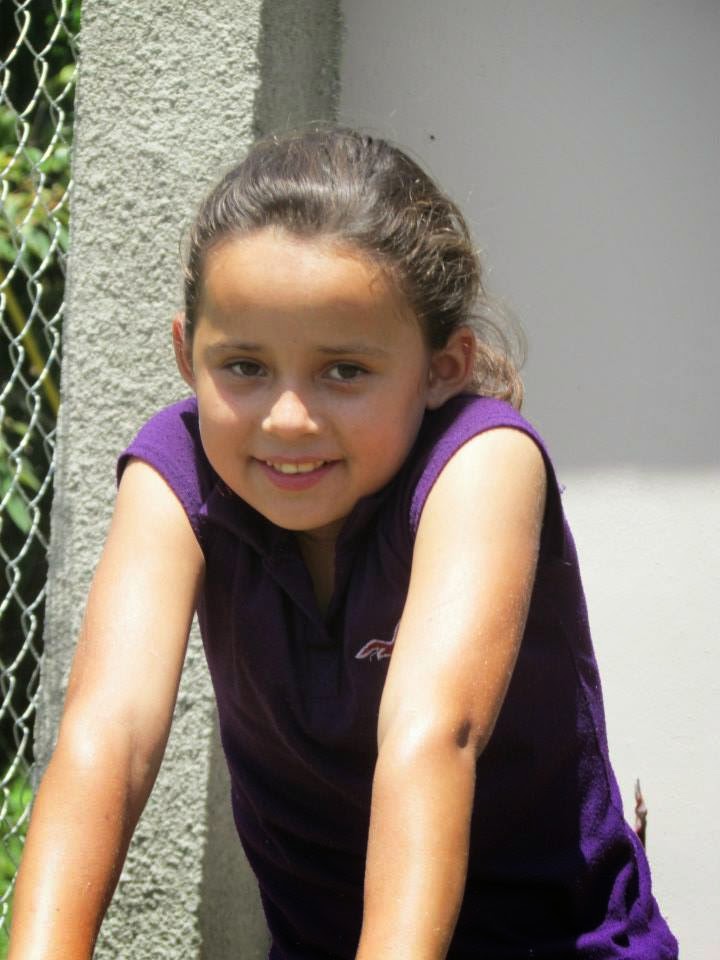 Still, I thought about sponsoring Jenny, but I was worried that I might only consider sponsoring Jenny because I “didn’t” get Sandra. I decided not to make any decision right away, I prayed and waited - and my thoughts kept running back to Jenny. The first thing I did the next morning was contact Hilary to check if Jenny was already sponsored or not. She wasn’t.
During the following night I had an idea and wondered if Teresa and I could maybe sponsor her together. Because even though Chris had agreed on sponsoring Sandra, he also wasn’t sure about Jenny and I couldn’t bring myself to try and win him around to sponsoring Jenny. I wanted to find a way to get the money alone.
Yep, without realizing it, I was already going through all the possibilities on how it would be possible to take up Jenny’s sponsorship.
But the be totally honest, while I first liked the idea to sponsor Jenny together with Teresa, I was relieved when Teresa said it wasn’t an option for her at the moment.
It was that moment that I realized just how quietly Jenny had creeped into my heart. Another conversation with a friend from work - Also a Compassion sponsor by now, - I later found myself killing my piggy bank.
I had no idea what amount to expect inside and I was more than thrilled when I found enough money to sponsor Jenny for an entire year - which would also give me enough time to save up more. Without giving it another thought I contacted Jenny’s advocate Kim, telling her that I would want to sponsor Jenny.
On the same day Kim started the transfer of Jenny to the German office and showered me with photos and information of the newest member of my Compassion Family.  With each little bit of info, each single photo I knew that I had made the right decision. And suddenly it was there - the feeling I had looked for during the past days - the feeling that Jenny was “my child” without any doubt.
Only one day later, much to my surprise, Jenny already showed up on my Compassion account. I couldn’t have been happier. I sent off the first letter right away, the 2nd one already is in the mail by now too.
I can't wait to tell Jenny how important she is to me, how special God made her and how beautiful she is.
And Chris, he is happy I made the decision; all he heard about Jenny by now has made him agree with me - it was the right decision.

God’s plans might not always match ours - but trust Him he knows so much better.

And before I end this entry I have a small story, that is somehow entangled in the story above, followed by the links to the blogs from Amanda, Kim and Linda - and I can only suggest you have a look at those. They are brilliant.
I did mention Sandra and Jenny a LOT at work during the Whit Weekend and one of my co-workers has showed a special interest in sponsoring a child. She checked out the German Compassion website and found two kids she felt drawn to. One of those little girls was sponsored yesterday. This morning I received a text message from my co-worker saying "I did it, I took over the sponsorship of Melissa." Funny side note: my co-worker is also called Jenny.